Typhoid is a bacterial disease caused by Salmonella typhi gotten mainly through contact with contaminated food and water. 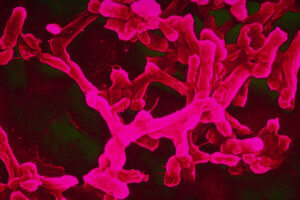 Typhoid occurs when a person gets infected by the Salmonella Typhi bacteria, this bacteria is mostly transmitted through food, unwashed fruits or drinking polluted/contaminated drinks or water, unwashed hands and contact with an infected person’s poo and urine.

How long does typhoid stay in the body?

The Typhoid bacteria incubate in the body for between 1-2weeks after which the first symptoms begin. Then a person can stay ill from typhoid from between two to three weeks depending on how quickly he gets medical attention.

What are the symptoms of Typhoid?

Typhoid comes with several symptoms that show up either gradually or at once, these symptoms include;

Can typhoid be transmitted?

How is Typhoid detected?

Typhoid can be confirmed through the analysis of the patient’s blood, stool or urine. This would be analyzed for the presence of Salmonella Typhi Bacteria.

The Widal test do not confirm typhoid, some people would think it does but it does not. It is most often a waste of resources when using it to test for typhiod.

What drugs are used to treat typhoid?

Typhoid can only be treated with an antibiotic therapy, the commonly prescribed antibiotics are;

Drinking lots of fluid to stay hydrated is equally advised for people suffering from typhoid.

What organs are affected by typhoid?

When typhoid enters the body it goes to the bloodstream and further affects the gastrointestinal tracts. Those severely affected are the spleen, liver, and muscles also the gallbladder can be affected also.

Typhoid can lead to some serious complications, this includes;

How to prevent typhoid